What is a Node?

Nodes are sources of magical energy (as Aspects) in Thaumcraft 4. Most Nodes contain at least 1-2 of the basic Aspects, sometimes more, in varying quantity. When you scan them with a Thaumometer for the first time, not only will those Aspects appear, but you'll also be shown how much of those the Node contains. Once a Node has been scanned, looking at it with a Thaumometer or Goggles of Revealing will always display those Aspects.

Tapping into a Node

A lot of Thaumcraft 4 items need to be created either through Infusion or on an Arcane Worktable. In the latter case, you'll need to use a Wand charged with a certain amount of Aspects. The only way to replenish your Wands is to tap into a Node.

To do so, simply point your Wand on the Node, and right-click. You'll see the energy flow into your wand in the shape of colored swirling smoke (red for Ignis, for instance).

Once tapped into, Nodes need some time to recover, but they do so on their own (as long as the chunk they're in is in memory, that is; if you go away and don't come back for some time, you'll find the Node in the same state you've left it). However, be aware that with only the most basic knowledge and the most basic wands (Iron Capped Wooden Wand), you can suck out all of an Aspect from a Node; if this happens, there's a chance that the Node will never recover that specific Aspect.

This can be avoided once you've researched Advanced Node Tapping, as well as how to create Greatwood Core wands (and higher ones). Combining those will ensure that no matter how much you tap into a Node, you'll always leave 1 point of each of its Aspects in it.

The speed at which Nodes recover depend on their type (see below).

They can also have three modifiers (Bright, Pale, and Fading):

Nodes can combine one type and one modifier (e.g. "Fading, Dark"), or be of a single type only (e.g. "Normal", "Pure"), but they never consist of two types or two modifiers at the same time (you'll never see "Pure, Dark" or "Fading, Pale" Nodes).

You can capture, shrink and then place a Node elsewhere in the world once you have found the Node In A Jar research. 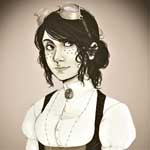 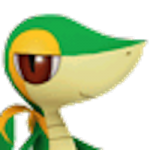